The extensive Archaeological Park of Monte Sirai gives a fantastic, panoramic view over the spectacular landscape of Sulcis and the archipelago. It provides a unique snapshot of the Phoenician and Punic period, with its fortified settlement perched high up, the necropoli, temples and tophet.
40 sites from the Neolithic to the Punic age

Monte Sirai is a first-class Archaeological Park overlooking an extraordinary landscape from its high plateau above: an archaeological area of at least 40 sites, starting from the Neolithic period to the end of the Punic era. Other sites stand within the plateau, some of which are of exceptional interest, such as the Nuraghe Sirai, partly connected with each other by the remaining stretches of the ancient Via Sulcitana.

Its strategic position between land and sea overlooking a major road and access to the coalfields explains its foundation by the Phoenicians and its rebuilding by the Carthaginians, who gave Monte Sirai its most distinctive, historic layout.

Founded towards the mid 8th century BC, the Phoenician settlement expanded in the last quarter of the following century. It was certainly expanding during the Punic period, at least from the 4th century BC onwards; the final layout dates back to just before the first Punic war (264-241 BC). At the beginning of the Roman domination of Sardinia (from 238 BC), Monte Sirai remained a Punic town: the new Roman towns can actually be found lower down around the plateau in the area of the modern town of Carbonia.

The settlement included three large sectors: the fortified settlement, the necropoli and the tophet.

There is a splendid panoramic view to be enjoyed from the Monte Sirai plateau: overlooking the Gulf of Palmas, it reveals a fantastic landscape dominated by the islands of Sant’Antioco and San Pietro, surrounded by smaller islands (Toro, Vacca, Vitello and Isola Piana) and the dunes of Porto Pino.

1) The fortified settlement
The tour begins with the settlement perched up high, enclosed by its fortifications to the north: the latter date back to the later Punic phase (3rd century BC), like the entire area of the settlement which has been revealed. You will enter via the North gate into the only public space, a small piazza dominated by the temple of Astarte, which was certainly the heart of the town centre and of the community.
The majority of the houses are laid out with rooms set side by side. Among them we find the “Casa del lucernario di talco” (end of 7th century - 2nd century BC).
A group of important families probably owned the largest houses around the courtyard, such as the so-called “Casa Fantar” which stands right next to the temple.

2) The necropoli
Various burial areas have been identified and investigated outside the settlement. To the north, the first necropolis you find is Phoenician: a large area of cremation tombs dug into the tuff rock or in the ground, covered by stone slabs.
The Punic burial areas are fascinating: the hypogeum necropolis, in particular, consists of 13 underground family tombs, with internal spaces scattered with sarcophagi, pillars and niches for the funerary accoutrements. You can also visit the infant necropolis (with burials in amphoras) and a recently discovered burial area consisting of individual tombs in a trench.

3) The tophet
To the north-west of the necropoli stands the tophet, a widely debated, special kind of cemetery sanctuary, dedicated to stillborn children or who died very young, before becoming part of the living community.
Its construction dates back to the Punic period (4th century BC). The urns (ordinary cooking pots) containing the ashes of the dead children were placed in an open air area, in front of a small temple accessed by a small flight of stairs. The sanctuary has also revealed numerous, tiny monuments in the form of stele, depicting above all gods and goddesses: we recommend you pay a visit to the Archaeological Museum of Villa Sulcis where you will find the reconstruction of part of the tophet in room 2, dedicated to the findings on Monte Sirai.
The Archaeological Park includes

4) The Nuraghe Sirai
The archaeological area can currently be visited at certain times (Sundays at the Nuraghe) and includes the extraordinary fortress of the Nuraghe Sirai (625-550 BC) and the homonymous Nuraghe (14th-9th century BC), encompassed within. Discover the details >

from Wednesday to Sunday
9-14 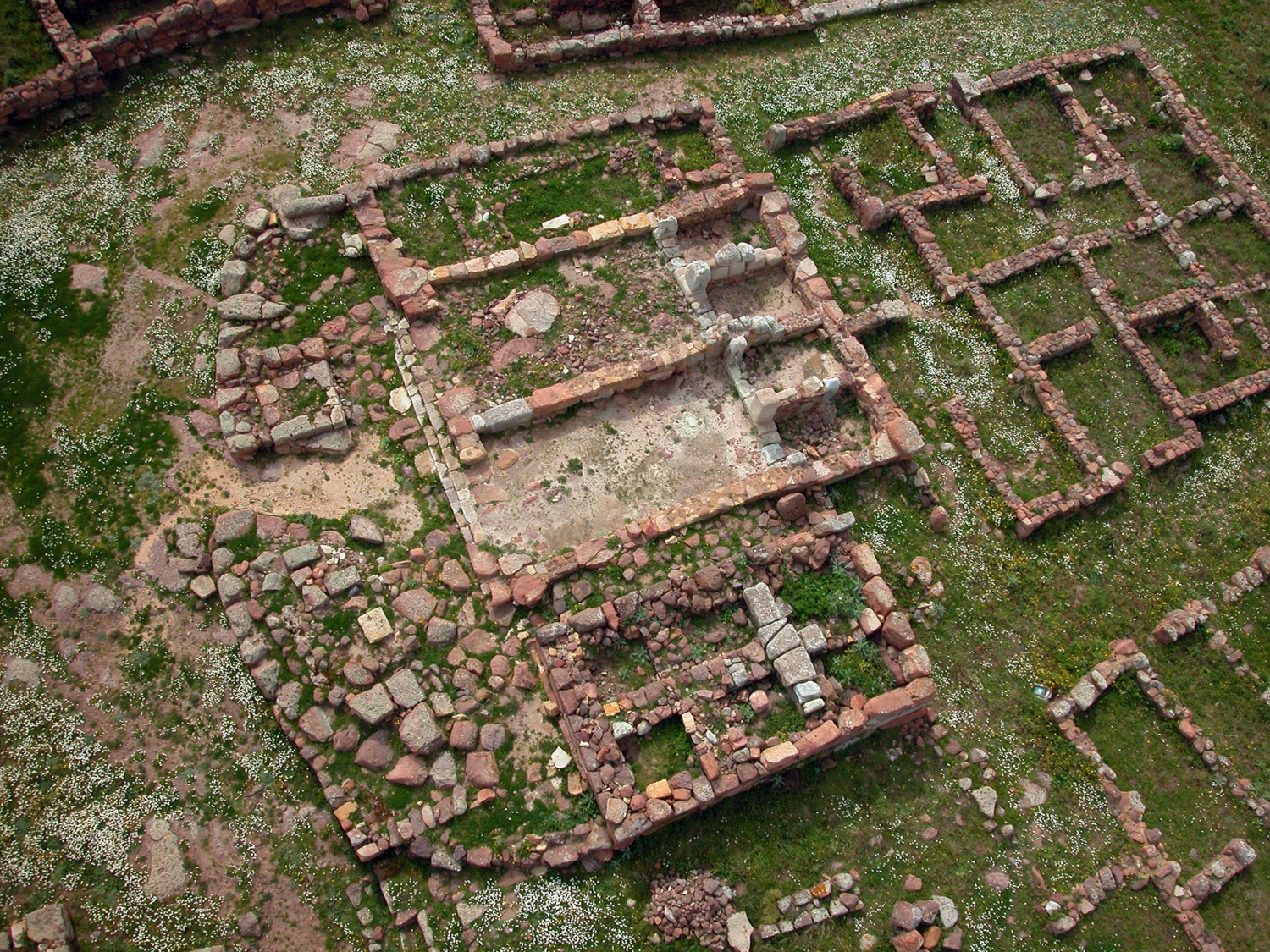 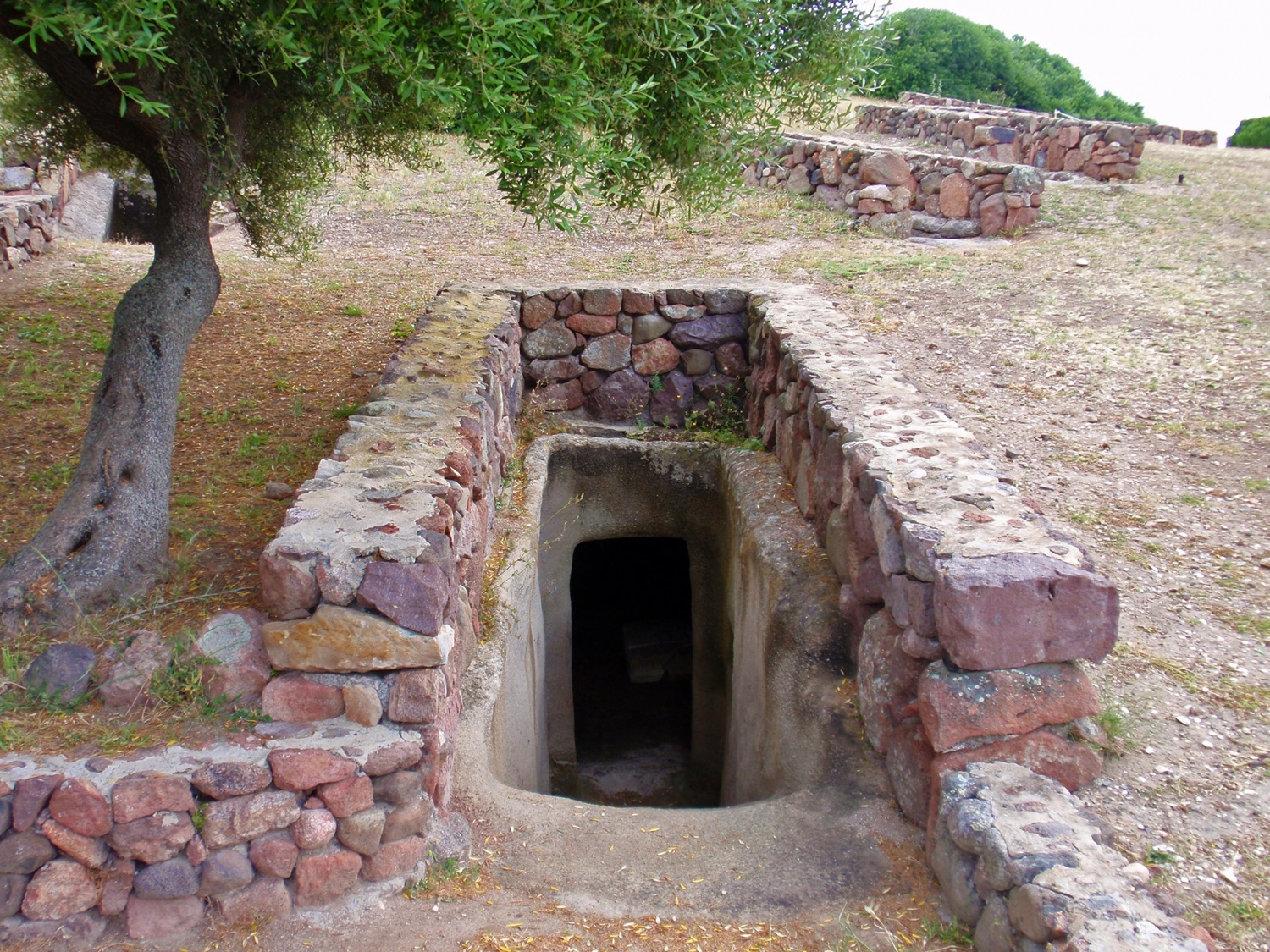 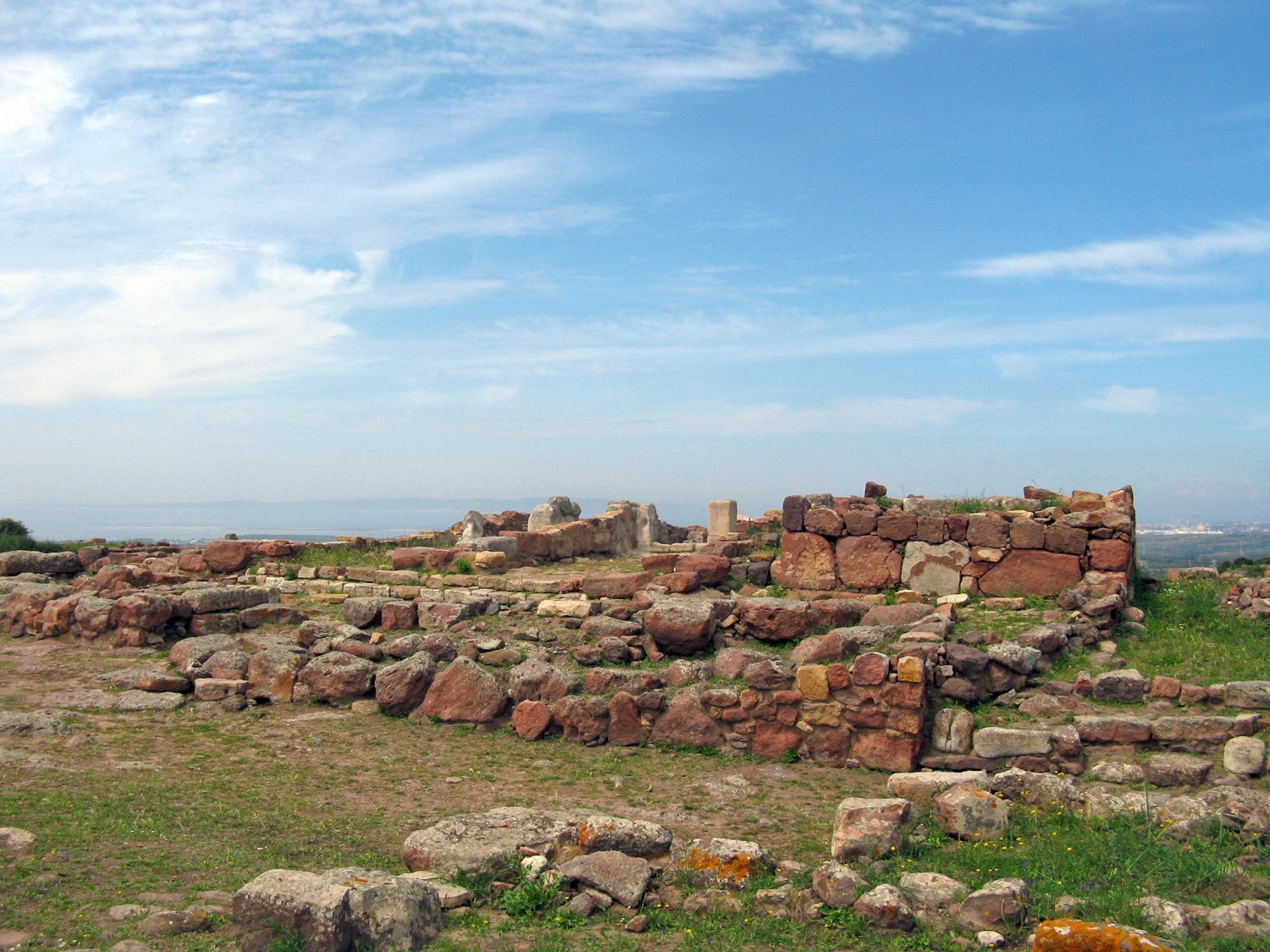 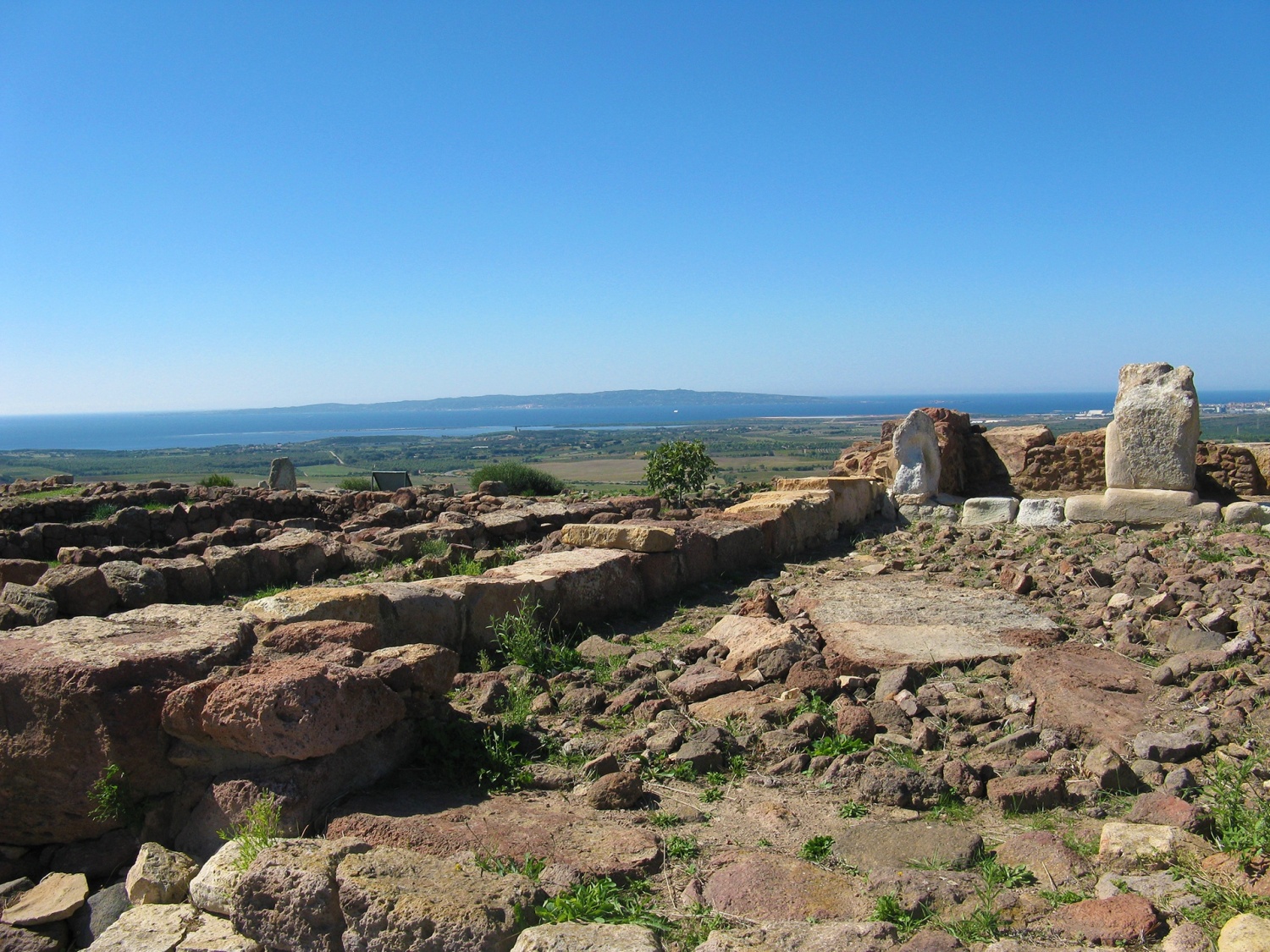 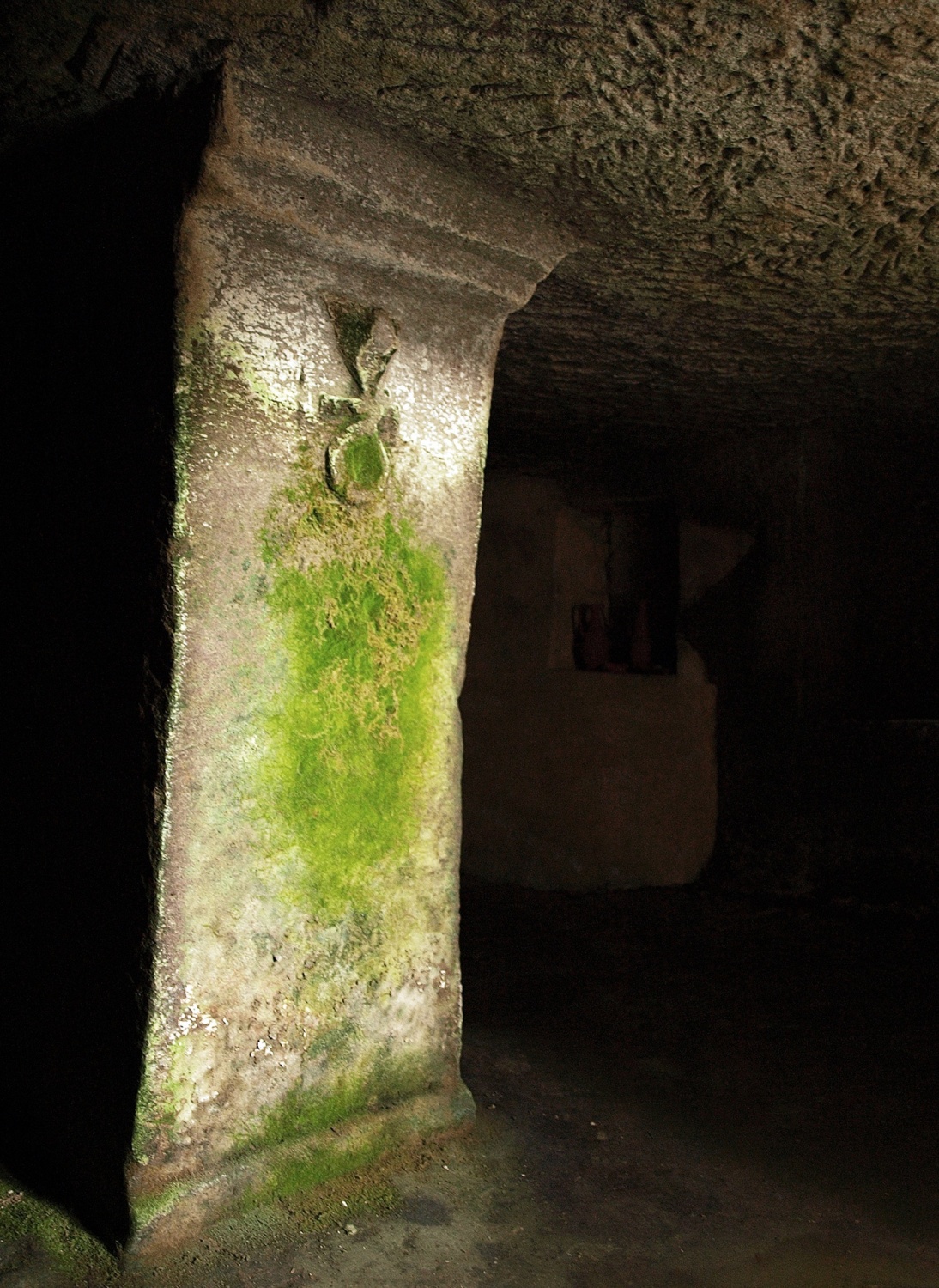